In the previous blog post, I discussed a modest technique to “fix” the default process heap in order to prevent various Windows API functions from crashing, by replacing the corresponding field in PEB (Process Environment Block) with a freshly created heap. This of course assumes that the attacker has already achieved arbitrary code execution, or is at least able to use ROP and knows the base addresses of some vital system DLLs. It is likely the last exploitation technique one would use before gaining full control over the vulnerable application or system, and was indeed used by Gynvael and me while wrapping up the exploitation of the easier challenge during this year’s DEF CON CTF qualifiers which took place in May.

However, before we could even reach that stage, I had to overcome a few other significant obstacles, the hardest of which was converting the available primitives into a hijacked control flow. Following hours of trying to reproduce the same heap layout on the organizers’ and my own platform (exploiting the bugs was in fact the easiest part), I finally managed to achieve close to arbitrary memory read and write capabilities. By that point, I knew the location of the heap, the challenge image base and NTDLL.DLL image base, where I could freely read from and write to. On the other hand, the task itself did not make it easy to get controlled EIP even with such powerful primitives, as it didn’t store plain-text function pointers, virtual objects or any data directly controlling the execution flow on either the heap or in static memory. This meant that a generic technique had to be used instead. 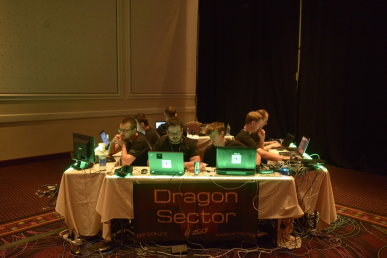 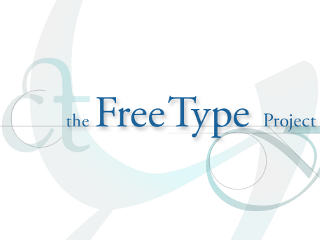 This blog has experienced a long time of inactivity, as I’ve recently used it only to publish slides from conferences I presented at, with many months-long breaks in between. I am planning to change things up and start posting again in the upcoming weeks, starting with this blog post, which I originally wrote in early 2014. I haven’t posted it back then, as the bug in the FreeType project discussed here motivated me to look at other implementations of PostScript fonts and CharStrings specifically, which eventually resulted in an extensive research, dozens of bugs fixed by Microsoft, Adobe and Oracle, five long blog posts on the Google Project Zero blog (see the “One font vulnerability to rule them all” series), two nominations, and one Pwnie Award. I didn’t want to spoil too much of what I was working on, and then just forgot about the post, but now that things have settled down on the font security front and I’m reactivating the blog, it is finally ready to go. Enjoy, and keep in mind the tenses in the article are used as if it was still 2014. :-) Some new parts I’ve added while dusting off the text are written in orange.

At Google, we perform fuzz testing of a number of software targets: web browers, plugins, document viewers, open-source programs, libraries and more. A number of instances of our fuzzing efforts and their results have been documented in the past, see e.g. the “PDF fuzzing and Adobe Reader 9.5.1 and 10.1.3 multiple critical vulnerabilities”, “PDF Fuzzing Fun Continued: Status Update” or recent “FFmpeg and a thousand fixes” blog posts. One of the targets we have spent a lot of time on is FreeType2, a popular open-source library written in C, designed for high quality font rendering. The library is used in many commonly used operating systems and applications, such as GNU/Linux (and other Unix derivatives like FreeBSD and NetBSD), iOS, Android or ChromeOS, and hence is a valuable target for attackers seeking to exploit any of the aforementioned platforms.

Since my last blog post and the REcon conference in June, I have continued working on font security, especially in the area of Windows kernel and font engines derived from the Adobe Type Manager Font Driver. More specifically, I moved from manually auditing PostScript Charstring implementations to running automated fuzz-testing of the overall font-handling code; after all, font files are so much more than just the glyph outline programs. The Windows kernel fuzzing initiative started in May this year and has already resulted in having 7 OpenType (ATMFD.DLL) and 4 TrueType (win32k.sys) security issues fixed in the operating system in the August Patch Tuesday. Details of the vulnerabilities are now publicly available in the google-project-zero bug tracker:

Some months ago, I started reverse engineering and investigating the security posture of the Adobe Type Manager Font Driver (ATMFD.DLL) module, which provides support for Type 1 and OpenType fonts in the Windows kernel since Windows NT 4.0, and remains there up to this day in Windows 8.1. Specifically, I focused on the handling of so-called “Charstrings”, which are essentially binary encoded PostScript programs with a dedicated set of instructions and a specific execution environment, responsible for drawing the shape of each glyph at a particular point size. It didn’t take long to notice several important points: 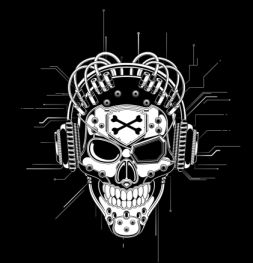 Just three days ago another edition of the great Insomni’hack conference held in Geneva came to an end. While the event was quite short, lasting for just one day, it featured three tracks of security talks, including some very interesting ones such as Automotive security by Chris Valasek, or Copy & Pest – A case-study on the clipboard, blind trust and invisible cross-application XSS by Mario Heiderich. This year we were also invited to the conference to talk about CTF techniques, experiences and entertaining tasks encountered by the Dragon Sector team we lead and actively play in. We thus gave a presentation called Pwning (sometimes) with style – Dragons’ notes on CTFs, and are now making the slide deck publicly available for your enjoyment: 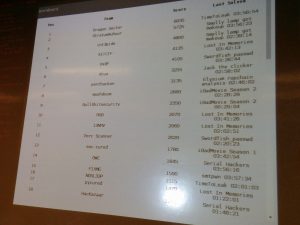 While the conference was very well organized and had many interesting talks, the main event of the evening was only about to start at 18:00 – the CTF competition organized by the Insomni’hack crew, which attracted hundreds of players from all around the world, including many top teams from the CTF scene (e.g. StratumAuhuur, int3pids, dcua, penthackon, 0x8F). Since we really liked the finals from last year, Dragon Sector also came back in a large squad of 9 players; one of whom played in a different team due to a strict 8-person limit. We did our best to defend last year’s title (top 1) and eventually succeeded, but it was not an easy task for sure. The most intense moment was when the StratumAuhuur team submitted a flag 4 minutes before the end of the CTF (at 3:56:23 AM), closing our point advantage to only ~20 points, which was so close that it could have easily changed in favor of Stratum regardless of our actions (due to this year’s variable nature of tasks scoring, which accounted for the total number of teams solving each challenge). Fortunately, Gynvael and I were on a verge of solving another networking task at the time and barely managed to get it a little more than a minute before the end of the competition, consequently securing a win. The situation is well illustrated in the photo of the final ranking on the right.

The organizers, SCRT, have also published their own summary of the CTF with a full ranking and some interesting stats: Insomni’hack finals – CTF results.

Yesterday I gave a talk at a Polish security conference held in Warsaw, Poland, called “Ucieczka z Matrixa: (nie)bezpieczna analiza malware” (eng. “Escaping the Matrix: (in)secure malware analysis”). The presentation was lightly technical and concerned the different threats of using popular software to aid in interacting with and analyzing malware samples. While the talk was prepared entirely in Polish, most of the slides should be easily understandable by English speakers, and Google Translate works pretty well, so I decided to share them here anyway:

A part of the presentation was dedicated to multiple memory corruption Hex-Rays IDA Pro vulnerabilities I discovered earlier this year (see the product Changelog). Below you will find the original reports I sent to the vendor in September:

Kudos to Ilfak Guilfanov and Hex-Rays for a very quick turnaround (less than two weeks from sending the reports to releasing bugfixes) and running the Bug Bounty Program! Keep up the good work!

Just yesterday another edition of the largest and most successful IT security conference held in Poland – CONFidence – ended. The Dragon Sector CTF team (which we founded and are running) actively participated in the organization of the event by hosting an onsite, individual CTF for the conference attendees and giving a talk about the most interesting challenges we have solved so far in our not too long CTF career.

The final standings of the CONFidence 2014 CTF can be found below. We will also publish a more detailed summary, together with some or all of the challenges, on our official Dragon Sector blog within a few days.

The slide deck from our presentation can be found below:

On the battlefield with the Dragons – the interesting and surprising CTF challenges (3.93MB, PDF)

As part of my daily routine, I tend to fuzz different popular open-source projects (such as FFmpeg, Libav or FreeType2) under numerous memory safety instrumentation tools developed at Google, such as AddressSanitizer, MemorySanitizer or ThreadSanitizer. Every now and then, I encounter an interesting report and spend the afternoon diving into the internals of a specific part of the project in question. One such interestingly-looking report came up a few months ago, while fuzzing the latest LibTIFF (version 4.0.3) with zlib (version 1.2.8) and MSan enabled: 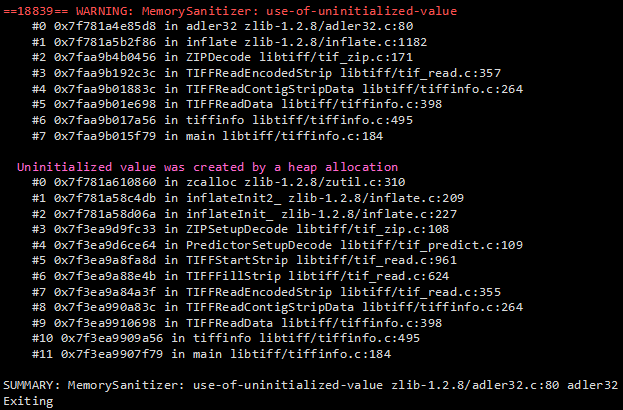 This post outlines the details of this low severity, but nevertheless interesting issue.

(Collaborative post by Mateusz “j00ru” Jurczyk and Gynvael Coldwind; a short version is available at the Google Online Security blog).

Following more than two years of work, the day has finally came – the FFmpeg project has incorporated more than a thousand fixes to bugs (including some security issues) we have discovered in the project thus far:

As this event clearly marks an important day in our ongoing fuzzing effort, we decided to provide you with some background on one of the activities we are currently working on.